March 18, 2020
It's getting bad in the North American Economic Zone, so bad that problems like "racism" and "actually arresting negro criminals" are really starting to get out of hand. For whatever reason, creating a zionist Tower of Babel to reach up to moloch has failed to instill high trust cooperation in the various dark bar codes. When faced with even the mildest crisis it's obvious to anyone but an idiot that this kosher experiment has failed. Still, this is the land of the fee and home of the slave, the land of the jew and home of the flu, so we must soldier on by removing the rule of law to make sure Barkevious doesn't get sick in between all its criminality. It's a good idea, trust me.

One day after Philadelphia courts closed until April 1 to limit the spread of the coronavirus, Police Commissioner Danielle Outlaw notified commanders Tuesday that police will be delaying arrests for nonviolent crimes, including drug offenses, theft, and prostitution.

The problem is that nearly every example of negro pathology is a "non-violent" crime, at least according to our phony tough guy and bloated leather-skinned ATM. We could never punish all these tar monsters and even if we could it would only further spread the latest exciting gift provided by semitic globalism. I'm not arresting that feral groid; I could get the Woo-Goo.

A boldfaced, yellow-highlighted paragraph notes that “if an officer believes that releasing the offender would pose a threat to public safety, the officer will notify a supervisor," who would decide whether the suspect should be held.

LOL, "yellow." That's "racist." You're hurting the feelings of alien opportunists in our national shopping mall. If you think you should still try to contain the rot, go get your supervisor. That sounds like a lot of extra work. Let it all burn.

The Fraternal Order of Police issued a statement supporting the decision, which covers all narcotics offenses, thefts, burglary, vandalism, prostitution, stolen cars, economic crimes, such as bad checks and fraud, and any existing bench warrants.

We're basically endorsing total and complete anarchy, but on the other hand we have to do a lot less work, so it's a net gain.

“The directive was released to keep officers safe during this public-health crisis," said FOP Lodge 5 president John McNesby. “Meanwhile, violent offenders will be arrested and processed with the guidance of a police supervisor.”

Everything is fine. This lunacy will somehow work, don't worry. I really want to keep my careerism, so I'll parrot absurdities. 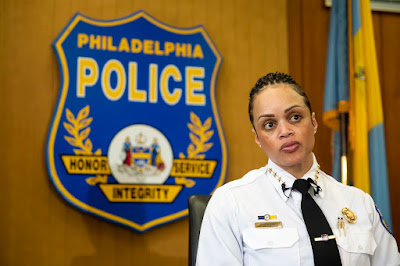 The news came as a relief to advocates who have worried that, in light of court closures, those held pretrial could be incarcerated indefinitely — and that jail populations could quickly balloon as a result.

The last thing we want is the removal of the brown scum from the "bad streets."

They say those already in jail or prison — including elderly and medically vulnerable people — will be at high risk for infection once the virus begins spreading into the jails.

I sure hope bad things don't happen to criminal animals. We better stop enforcing the laws.

That’s already been a reality in Delaware County, where two prison staffers have tested positive for the coronavirus and have self-quarantined; 11 prisoners also were quarantined, but none have shown symptoms.

Since reentry services are mostly shut down due to the virus, she said, volunteers were meeting those released outside the jails with transit passes and gift cards.

Here's your free stuff, make sure you sign up for your Trump Bux. If you want to rob a business now is a really good time to do it, considering how we've given up on trying to punish the predictable failure of the "African-American."

District Attorney Larry Krasner said his office would respond to the pandemic by seeking to release most of those charged with nonviolent offenses or misdemeanors without requiring them to post bail. 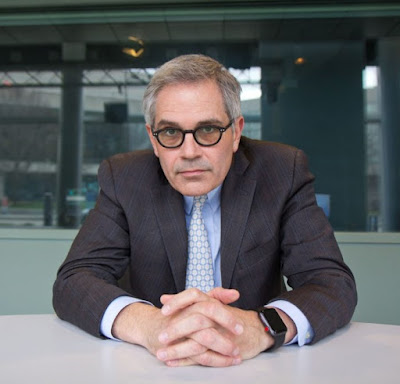 He also had urged the police to exercise discretion in charging to avoid jail overcrowding, particularly given fears that crowded jails will be unable to separate prisoners as needed to stop the spread of the virus.

In a sane country the problem of "overcrowded" prisons would have been solved by putting down their worthless negro and la-teen-oh occupants.

Over the weekend, Philadelphia police were still arresting people for charges like drug possession and retail theft, despite these growing concerns.

In West Philadelphia born and raised/committing "non-violent" crimes was how I spent most of my days/robbing, looting, doping all cool/and running wild during the Chinese Flu. 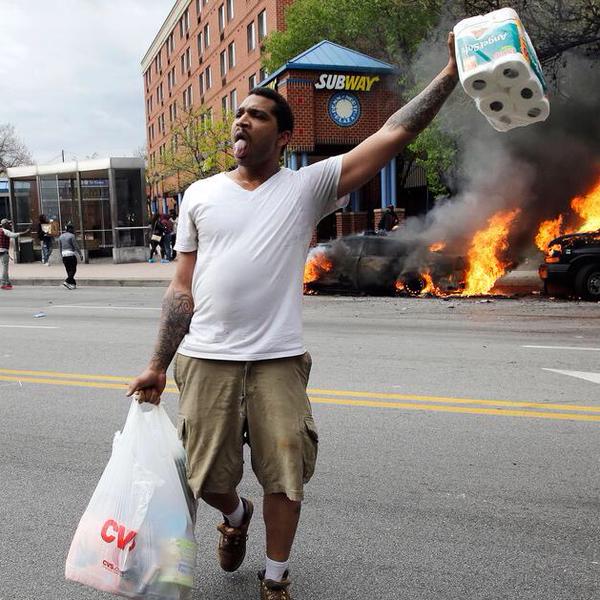