April 14, 2020
Cup Series driver Kyle Larson has been suspended by NASCAR, Chip Ganassi Racing and iRacing after he said the N-word during a live stream of an iRacing event Sunday.

As we struggle to cremate the precious six million dead from Chinese dietary choices (just put several in the oven at once!) the heroes of racing are reduced to pathetic video gaming and accidental explosions of crime talk. The sound that must never be made was produced, causing the only moment of actual entertainment in the dreary "iRacing" cringe-fest. Now to punish the evil noises.

Apparently not realizing he was speaking to the entire group of drivers on the online simulation rather than just his spotter, Larson can be heard saying, "You can't hear me? Hey, n—."

LOL. It just makes sense. Is this thing working? Check. Check one. Check two. Can you hear any of this? Nigger? Nigger!

There was a stunned silence afterward before Anthony Alfredo responded, "Kyle, you're talking to everyone, bud."

You just admitted to heresy with the inquisition standing right in front of you, bud.

Justin Botelho, the host of the viral stream, said: "Oh damn, he did not just say that."

We'd send him to a gulag if we were allowed to. Can we do that? We'll keep an eye on it.

Credit One Bank and McDonald's, Larson's two primary Cup Series sponsors, announced Monday afternoon they would terminate their relationships with the driver.

Jewish usury and clown "food" want no part of this heinous crime against our many hypocrisies.

Larson apologized in a video to his Twitter followers Monday afternoon.

I plotted to murder comrade Stalin. I know, who even cares about yet another online struggle session, but there's a lot more going on here, as we're about to discover. 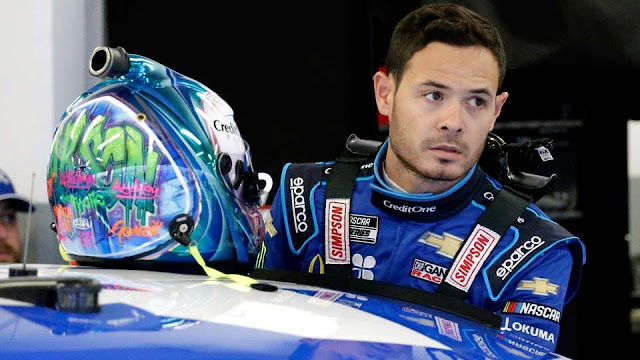 I was trying to say "Lakers."

Larson, a Japanese-American competitor, is a graduate of NASCAR's Drive for Diversity program.

Like Djoser's pyramid crafted entirely of delusional cowardice and kosher weakness, this story has many layers. A half-breed brought in to champion "diversity" accidentally let his Oriental contempt for "ghost slaves" burst through. Only Whites can be "racist," what are we supposed to do with our hapa token?

NASCAR's behavior policy states that "NASCAR Members shall not make or cause to be made a public statement and/or communication that criticizes, ridicules, or otherwise disparages another person based upon that person's race, color, creed, national origin, gender, sexual orientation, marital status, religion, race, or handicapping situation.

In the weeks since the coronavirus pandemic halted live NASCAR events, the sport has held virtual, nationally broadcasted races between drivers on the iRacing simulator, though the virtual race in which Larson participated Sunday was not an official NASCAR iRacing event.

It's every bit as sad and pathetic as it sounds, but the sky is falling and all that. 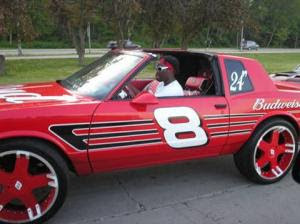