May 25, 2020
Memorial Day weekend has seen at least 36 people shot so far across Chicago, nine of them fatally.

Today we remember the brave mongrel soldiers of the Chiraq all against all, the dangerous brown animals who gave their lives to help bring about the coming semitic nightmare state. Each one of these alien inferiors was full of special value and while this particular crisis isn't exactly useful, it's time to honor the heroic primitives sitting in cars in the Midwest Mogadishu.

The weekend’s death toll has already surpassed last Memorial Day weekend, during which seven people were killed and 34 others were injured.

Congratulations Chicongo! Despite the sky falling and the precious 2.5 million dead from Kung Flu these dark inferiors failed to "flatten the curve" of tribal warfare. Against all odds we have surpassed last year's appalling example of their character's content. "Diversity" is truly a mighty strength, a gift received from Mount Zion.

About 3:05 p.m., a male was in a vehicle in an alley in the 400 block of East 103rd Street when someone walked up and fired shots, Chicago police said.

For those who claim America is no longer a land of innovation, I present this coal creature who somehow combined sitting in a car and being in an alley for the walk-by shooting. The negro pathology is clearly evolving in exciting new directions and what you're looking at here is the fish with legs.

He was shot in the face and chest and taken to Christ Medical Center in Oak Lawn, where he was pronounced dead.

Be sure to put little flags on the graves of monsters like this while you wear your goofy ZOG costume and fag-rag.

About 7:45 a.m., a ShotSpotter notification alerted police of the shooting in the 1000 block of North Drake Avenue, police said.

The amazing technology of a dystopian future meets the stunning pathology of a nightmarish past. This device helps us locate the anthropological anomalies fighting it out in urban ruins.

Officers found the man, 21, with a gunshot wound to his head and notified Chicago firefighters. Dariontae Adams was taken to Stroger Hospital and pronounced dead, the Cook County medical examiner’s office said.

They must have used armor-piercing rounds to get through the thick sloping skull of this genetic alien.

The 28-year-old man was found on the sidewalk with a gunshot wound to the head at 11:08 p.m. in the 3400 block of West North Avenue, police said. Two males were seen running from the scene.

Those crazy "males" and their "jogging."

See, it wasn't all negroes, you "racist." It was also la-teen-oh sewage. A foreign invader takes the dirt siesta. Our country has a bright future.

Someone approached 16-year-old Darnell Fisher about 10:05 p.m. in the 6100 block of South Indiana Avenue and shot him in the chest and arm, authorities said. The boy was taken to the University of Chicago Medical Center and pronounced dead. He lived in Washington Park.

The exciting vibrancy of the tar monster experience. Sixteen worthless years, "someone" started blasting, it's no longer a threat. 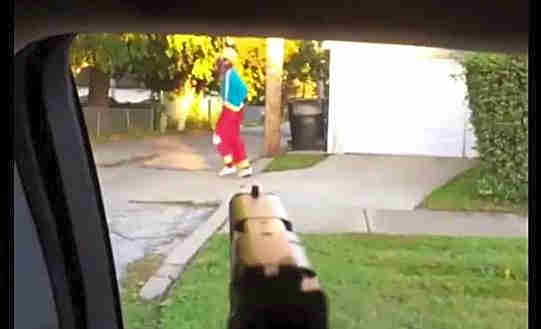 A person thought to be the shooter was taken into custody blocks away in the 5900 block of South Prairie after leading officers on a chase, police said. A weapon was recovered. That person was later released without being charged.

Don't worry, the highly effective response from the "racist" po-po arrested a living fossil and then released it on the old honor system because this case of jungle violence is so complicated you can't expect us to solve it quickly.

Keith Moore, 32, was discovered in a home about 7:46 p.m. in the 1300 block of West 97th Place with a gunshot wound to the armpit, authorities said. Moore, who lived in Bronzeville, was pronounced dead at the scene.

Another nigga body (Ah!) successfully removed from "the street." We are winning the war against genetic determinism.

About 6:25 p.m., the group was outside a home in the 3900 block of West Grenshaw Street when someone in a vehicle pulled up and opened fire, authorities said. Antonio Gasaway, 35, was struck in the chest and taken to Mount Sinai Hospital, where he was pronounced dead.

I say fine sir, the decision to leave our habitation for some outdoor bipedalism has been completely vindicated. Hello, it appears a horseless carriage is performing a braking maneuver in our vicinity.

Saturday morning, a 27-year-old man was shot to death in Englewood on the South Side. He was found unresponsive with a gunshot wound to his abdomen at 6:05 a.m. at a home in the 5900 block of South Justine Street, police said.

We're probably only one or two wasteful and humiliating programs away from turning the negro into a cut-rate White.

The medical examiner’s office identified him as Jamal Daveny of Bronzeville.

We can only mourn for the massive potential that was lost.

Tobias McNeal, 41, was discovered lying on the sidewalk about 11:26 p.m. in the 5600 block of South Paulina Street with gunshot wounds throughout his body, authorities said.

We initially thought it was a pile of excrement with clothes draped across, but it was actually our equal with a more aerodynamic body. 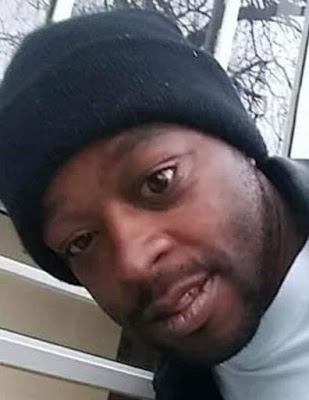 The most recent nonfatal shooting left a man seriously wounded early Monday in Cottage Grove Heights on the South Side. The 30-year-old was standing on the street at 3:22 a.m. in the 9800 block of South Ellis Avenue when someone fired shots from a white vehicle, police said.

Standing in the middle of the "bad" street. 70 I.Q. Three in the morning. Brow ridge, muzzle, receding forehead, broad flat nose, burry hair, inflated lips. Brought here in jewish chains. The bargain of a lifetime, goyim. We hold these truths to be self-evident...

Less than an hour before that, another man was critically wounded in Englewood.

Wow, what are the odds?


Multiple city agencies Friday announced the opening of a “Summer Operations Center” in an effort to curb violence ahead of the holiday weekend, which signals the start of Chicago’s historically violent summer season.

Don't worry the "Summer Operations Center" is going to transmute the evolutionary dead-ends into something resembling an actual human. Busy season is under way. There is no racial component to this whatsoever. Be sure to wear your bitch-cloth and stay at least six feet away from your fellow globalist bar codes.

Last weekend saw six people killed and 32 others wounded in gun violence throughout the city.

Now that we've got this bizarre kosher center open we've seen the last of this sort of thing, that's for sure. 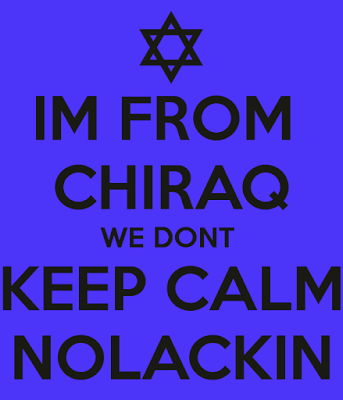