August 04, 2020
We're currently going through a national transformation where negro pathology is either ignored or actively encouraged while Whites are punished for Face Crime and are expected to wear goggles to stop the "pandemic." This will be a difficult transformation, but it's one we must make if our profoundly ugly kosher globalist bodega is going to finish its slouch toward the grave. Jews will be at the center of this process. It might seem like a lot, but fortunately our elected criminals are on hand to give valuable advice on how to behave in a land without law that still expects you to wear a diaper on your face. This amazing wisdom is sure to keep you safe, which should be your main goal, along with feeding your stomach and genitals.

The Minneapolis Police Department (MPD) told residents they should “be prepared” to hand over their phones, wallets, and purses to robbers.

Get ready to be preyed upon by the biological weapons we unleashed, shkotzim. As long as you meekly submit to the endless negro crime, you should be fine. Also, cover your eyes. You're spreading disease and killing people.

Wow, talk about a run of bad luck. Who could have predicted that disbanding the evil "five oh" and bringing in the worst hominids Africa can produce would lead to these troubling numbers? The solution is clear: we need to stop keeping track of the dark continent criminality, replace the "po po" with social workers and get ready to turn over our property and lives.

Police in the city’s Third Precinct alone have received more than 100 reports of robberies and 20 reports of carjackings in just the last month.

Weakness has consequences, genetic determinism can't be wished away, the semitic equality cult is delusional madness.

Officials are now telling residents to be ready and willing to comply with the demands of criminals in an email sent to Third Precinct residents.

If you could lift your chin up so I can get at your throat that would really help. Thanks, you're the best. 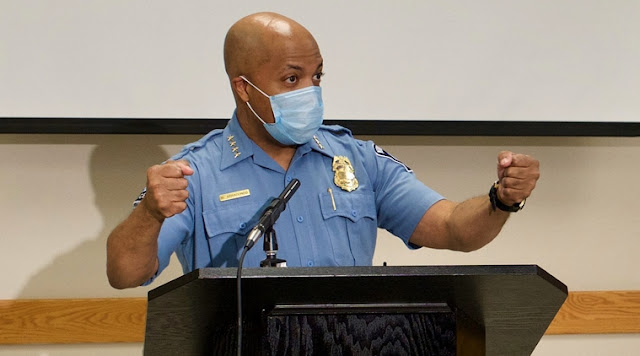 “Be prepared to give up your cell phone and purse/wallet,” the police said in their email, a copy of which was obtained by Alpha News. The email said citizens should listen to criminals and “do as they say.”

You're already bowing down to jewish criminals in government, media and education so this isn't exactly a new burden, goyim.

Minneapolis Police Chief Medaria Arradondo said his department has “redeployed internal resources and intelligence gathering” to combat what he calls an “uptick” in crime, Bring Me The News reported.

You're doing a heckuva job, Brownie. Most of the fires set by brown looters after a tar monster scumbag overdosed in police custody have now been put out.

Despite this, innocent people have been affected by the recent rash of crime.

A 99-year-old woman was also assaulted in her home by a man who broke in and wrapped her head in a blanket. Despite her age and the directions to comply with the criminal’s demands, Evelyn Johnson boldly warded off her attacker.

If you still don't think you need to be armed, I'm not sure what else can be said.

“He thought he was just going to cover my mouth and smother me, but that didn’t happen. I fought him. We wrestled for quite a while, according to all my bruises,” she told KTSP.

You probably remember all the national news coverage this pathetic attack on the most helpless available victim received.

Johnson said the suspect eventually shoved her into her bathroom, stealing her iPad and $40.

This is as close as you're going to get to a happy ending in Weimar America. 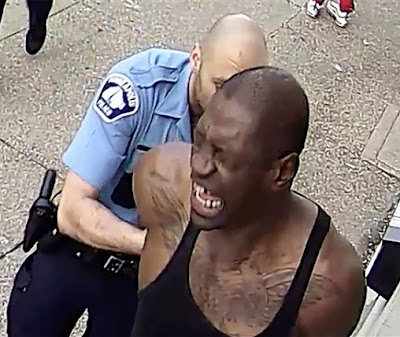 We hold these truths to be self-evident...
Decline and Fall Eroding Rule of Law George Floyd Medaria Arradondo Minneapolis Pathology of the American Negro Preying on the Elderly We're Not Equal